Come in and introduce yourself!
Post Reply
3 posts • Page 1 of 1

1992 initial issues:
- Front window is broken, of course
- All the Airstream windows leaked and have water damage
- interior carpets were trashed
- Some of the Ford windows leaked
- All the vents were old and cracked
- The propane heater didn't work
- stove did work, yay.
- water systems worked, yay.
- The electrical system does not. It was totally botched and would blow fuses constantly.
- Needed some welding done on the from frame where the radiator mounts to, it was completed rotted away thanks to salt on the winter roads.
- needed brakes, new brake lines
- needed new tires
...

I have repaired as much as I could to allow me to live in it full time as a mobile fabricator. I travel from site to site with a trailer in tow, building custom architectural features made of steel and concrete entirely on site. If fun, but this van needs some work to make it fit my lifestyle.

I'll post some pictures of its current state, which look not too bad, but I will be gutting it completely, saving all the cabinet doors, and rebuilding everything. I might keep the propane cooktop, but the rest is garbage or sold off. So if you want anything let me know now. My gutting process will start august/sept/oct ish in Minnesota. Ill make a list of things up for grabs.

Noah wants to gut his 1998 at the same time. Mostly likely going to gut ours side by side, rebuilding our own for two completely different reasons. We will youtube the whole things for sure. If you want to follow my Instagram, the van build is @my.omni.life and my person is @aniharper. Noah just started an account for his snowboard making @horakwoodcraft 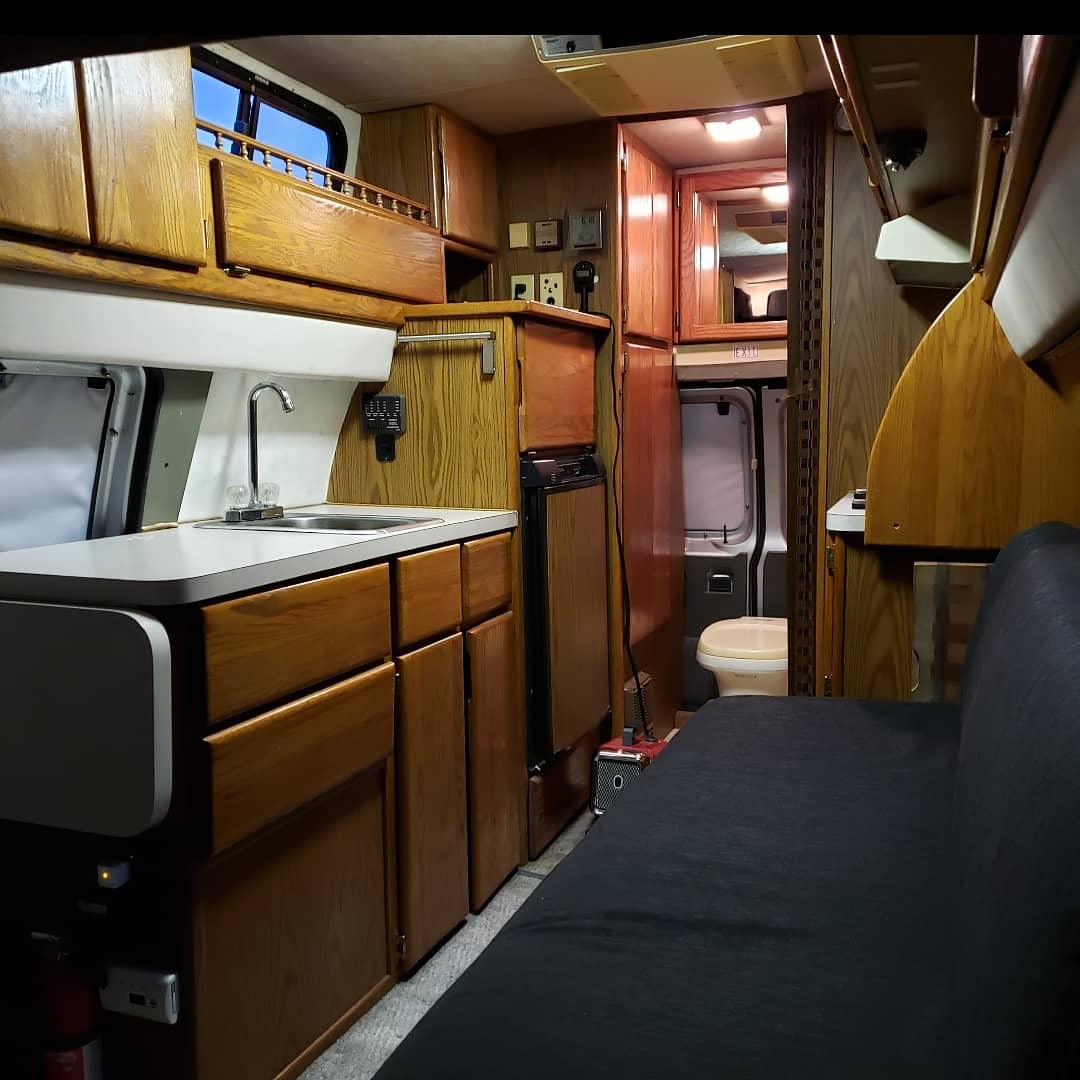 So excited for your guys' projects!

I was up until past 1 last night looking through all your instagram pics, then I couldn't fall asleep because my brain was whirling with ideas for my build. Your ideas are a bit more ambitious than mine, it's inspiring!
Ryon Downs
@Nauty4Nature on IG
The Nautilus: Roaming Land Submarine
1991 B190, 39k miles, gunmetal grey
2007 Yamaha WR250F
2008 Lifted Subaru Legacy GT
Top

Return to “New to the site”