The belt weatherstrip and scraper seals on the front doors of my B190 have been in terrible shape for years, and I'm pretty sure they were leaking, which means water getting inside the doors, which means rust. Additionally, leaning my arm on them with the window down was uncomfortable (truly a first world problem there). I had no idea how easy it was to replace them, or I would have done it a long time ago. The four strips were $55 from RockAuto for my '91. The short version of this is that they pull up and out. Each one has several clips along the bottom, the middle finger of which goes into a hole in the door. Here's an old one removed: 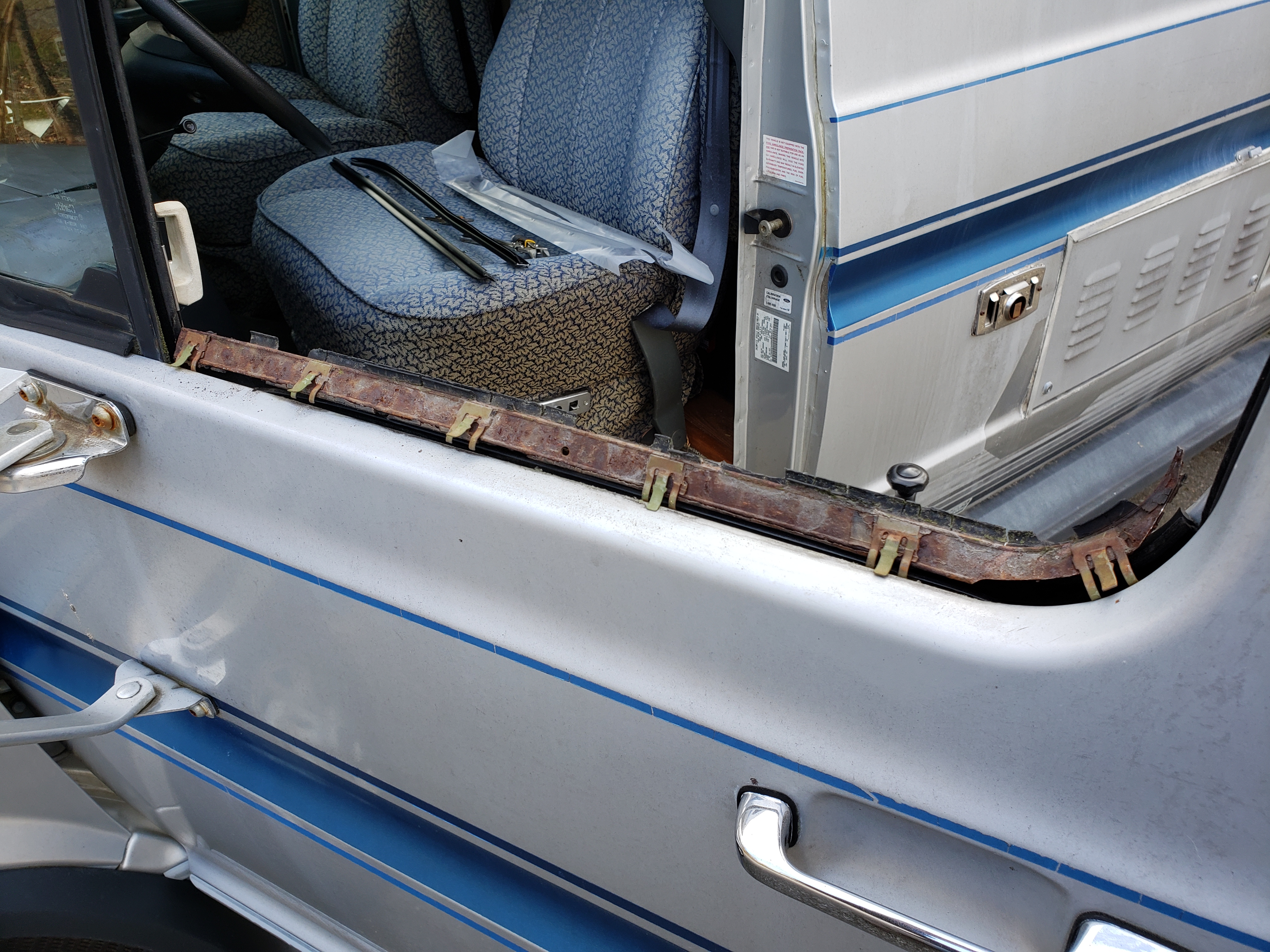 You can see two of the holes in this picture: 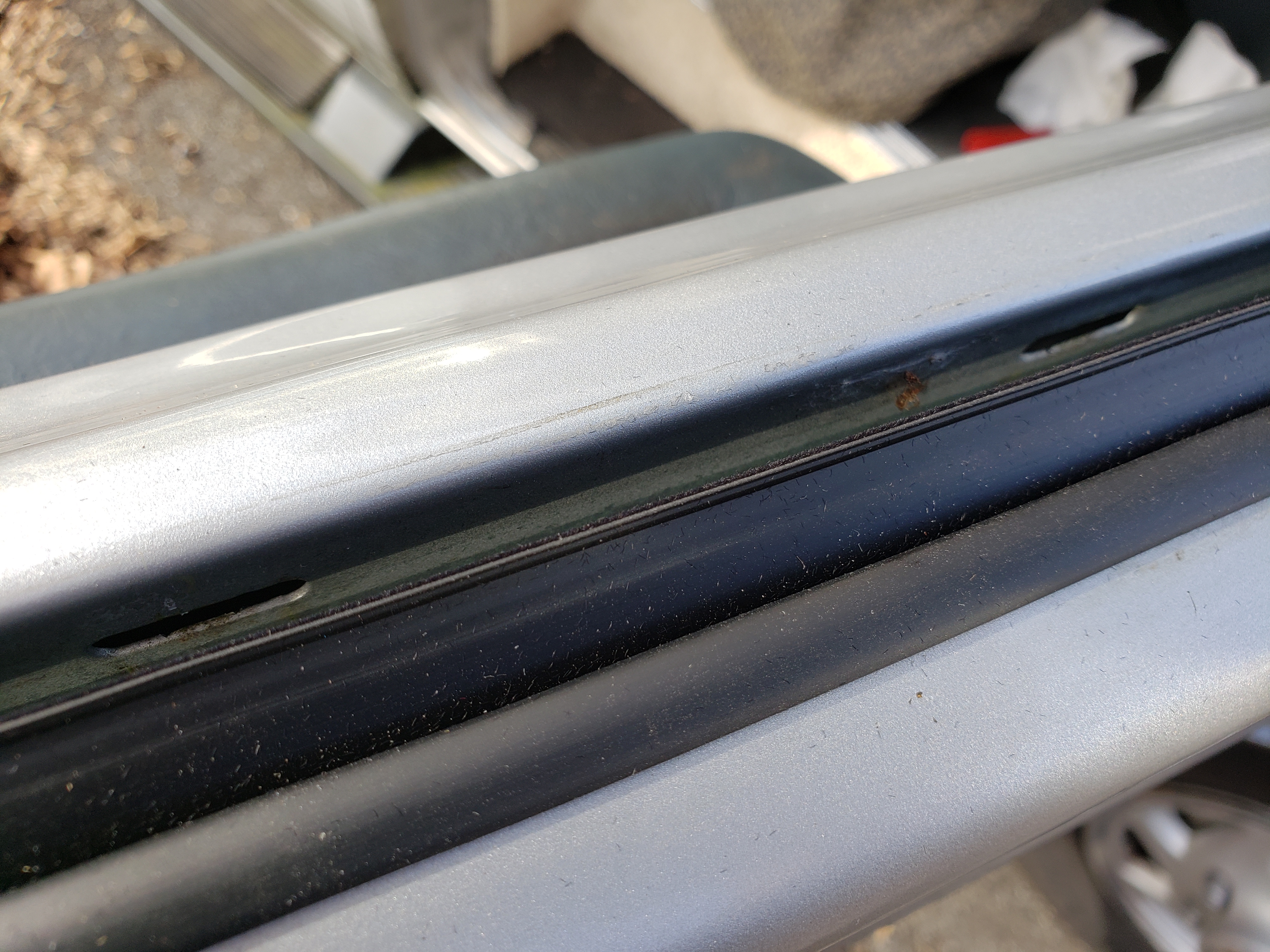 I rolled the window down all the way, then pulled them with a siding removal tool. Rockauto sells a tool to do it; I have one on order, but it hasn't arrived yet. A vice grip locking needle nose pliers came in handy, but probably isn't strictly necessary.

The worst part about the job is that it knicks up your hands, or at least it did mine. Wear gloves.

Installing the new ones isn't that hard, but I'll share a few tips: This didn't take me very long to do, maybe 30 minutes total.