I recreated the bunk frame for my 1991, and someone asked for the dimensions, so this thread is for that. (This info is likely different for the short top years.) Note, I traced my old boards as a template, so that's what I recommend if it's possible in your situation.

You'll need: *I had a scrap laying around I could use for this. These are usually sold in 4'x8' sheets, but you only need a little bit. If you have to buy some and don't need it for anything else, Home Depot sells smaller pieces (at least, my local one does).

The sides of the frame are made out of 2x4 lumber, and you'll need two of them. Plus there are additional cuts you have to make to these. Because this gets confusing to describe, I've decided to think of each board as having a "front" and a "back", where the front points toward the front of the camper. The "bottom" of the board goes against the fiberglass shell, and the "top" is where the flat wood for the bed will attach. I hope that made sense. Just remember, angle cut on the bottom, notch is on the top.

The rest is easier.

Cross braces. Finally, there's a piece that I think is meant to support the middle of the bed on the top of the original van roof. It's about 9" by 2 3/4". I don't think the dimensions of this are critical (even thickness), within reason.

The pictures show the bed frames sitting upside down, for reference. 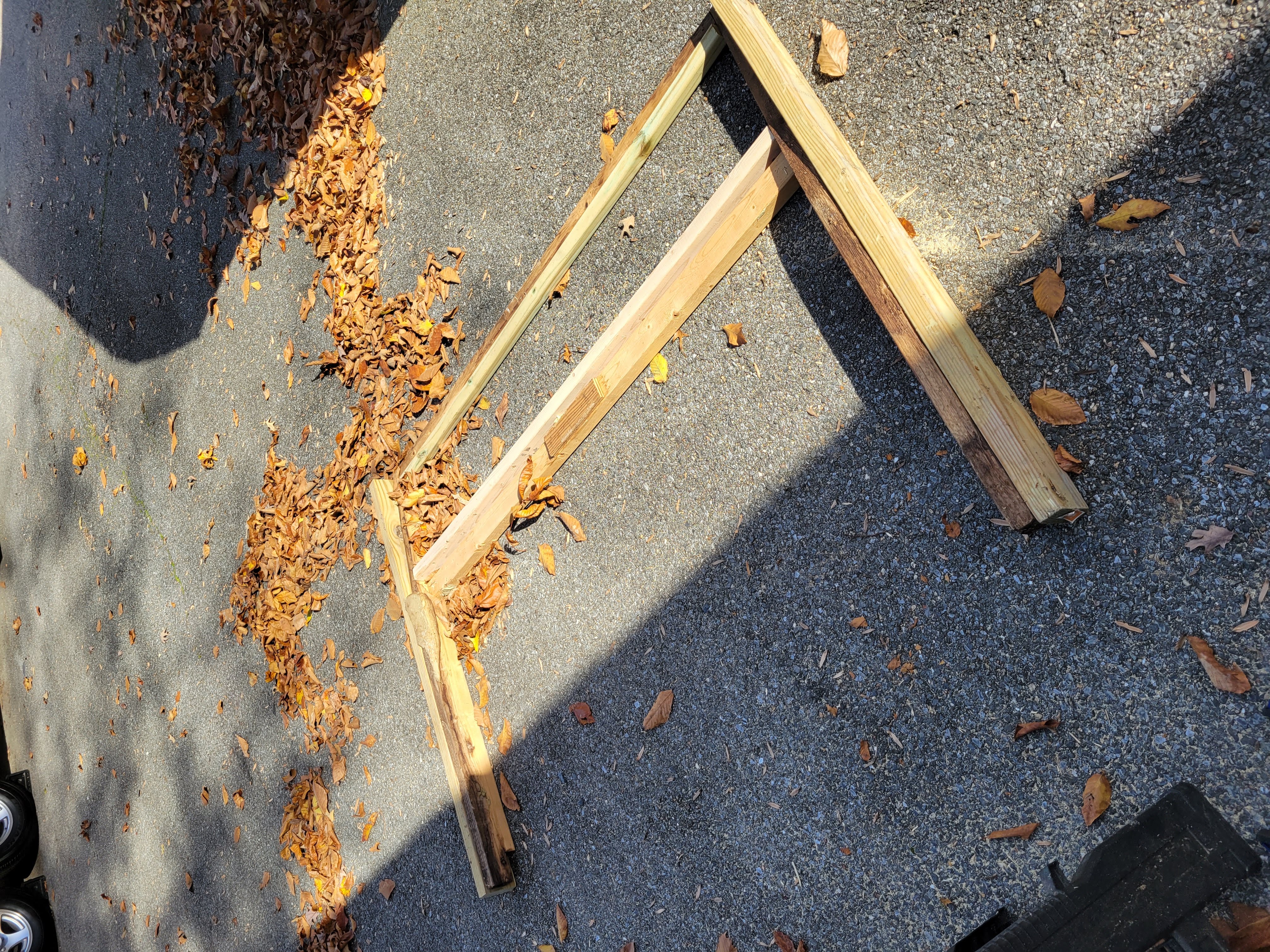