My 1997 is missing the upper matress and I believe the frame that moves towards the back when it is pulled out for sleeping. I found the following photo of a 1998 and it appears to have an oak beam that moves to support the extended plywood. Is this the case? Can anyone help with additional photos of that so I can get one built to replace my mising piece? Does anyone have dimensions? 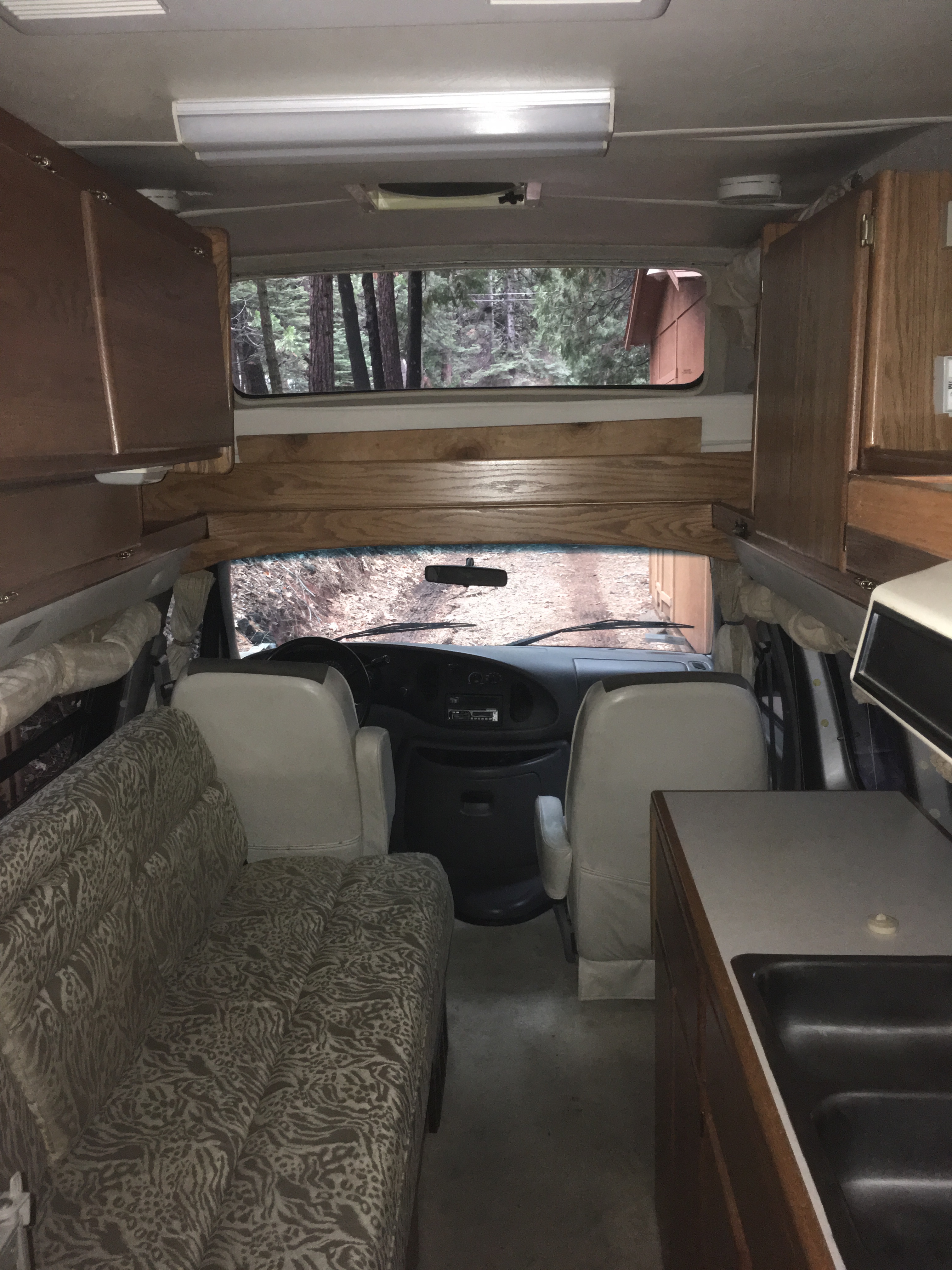 You're in luck, sort of. I thought I had this figured out yesterday, but your picture is now making me scratch my head again. Maybe a mid-year change is confusing the issue.

1997, as we know, is the first year of the new, shorter top. The Airstream literature for that year omits the size of the bed, but recently, Michael Farrington on the FB group measured and he came up with 5'3"x4'6" (63"x40") with the bed slid out.

I'm willing to ignore the slight differences in widths and just say they're all about 64" wide. Since the fiberglass top is angled, it would vary depending on where it's measured.

I found this picture of a '98 from an ad on RV Trader a few months ago. Note the space beneath the cabinets to allow the bed to slide back. That's how Airstream solved the short-bed problem. Yesterday, I concluded they had solved it for the '98 model year, but your picture (also being a '98) makes it look like they might have changed it mid-year. (It's also possible the ad with the picture below is somehow wrong, but the VIN given in the ad is for a '98 Ford van.) 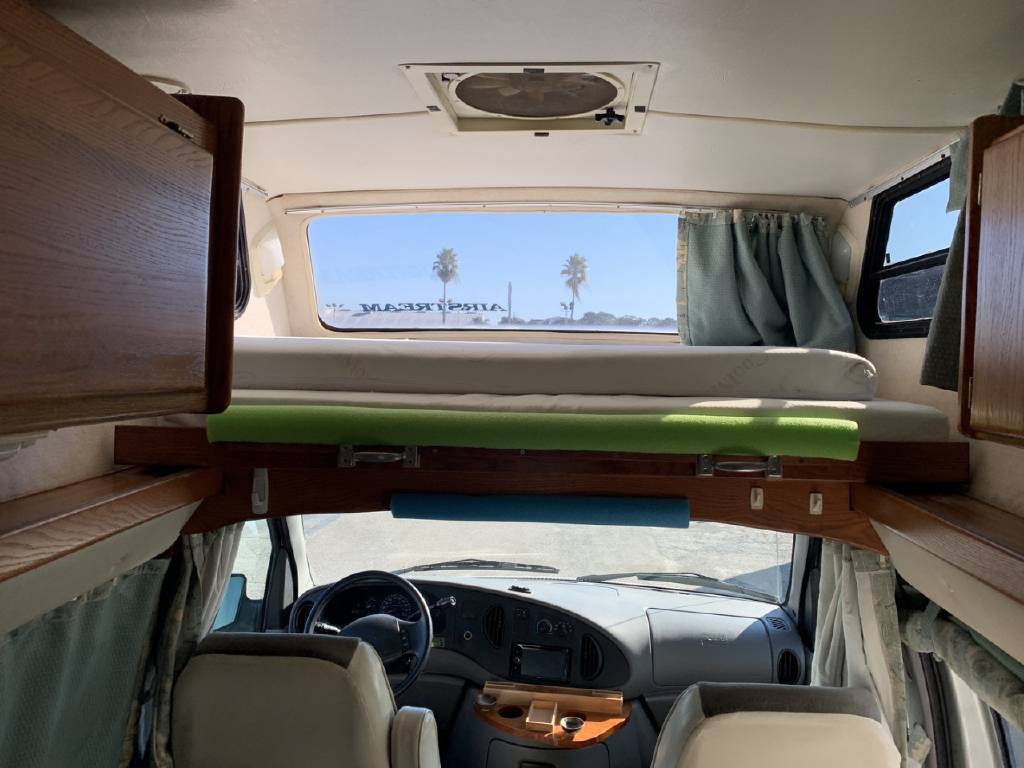 Doing my further research I found that my van is a 98' model year even on the DMV registration but the Airstream is a '99 model year. I have the 80" bed. It comes out completely and goes under the cabinets as with the second picture. The upper mattresses are in three pieces. The first is the largest and takes up the whole footprint of the closed bed. The other is wide enough to span the space in front of the cabinets. The last is just wide enough to fit in between the cabinets with the bed extended. We have a queen size mattress topper that we cut down to fit over all of it. The cover rolls up nicely once we are ready to move again.

The end bumpers to stop the sliding portion of the bed from damaging the wood at the end of the cutout are broken. If anyone has a picture or knows the part number to get replacements, I would appreciate the information.
Top

To skaters conundrum, the 40" measurement is of the 72" X 40" couch. I want to convert my 97 to the late 98 up specs. If someone could give me the measurement from the slide out to the spot under the cabinets where it stops so I know how deep I have to go. Also the sizes of the two small mattresses and how the slider boards work and sizes of the expanders and setup. With pics would be super nice.
Top

Is the third section of the mattress, the part that fits over the extendable portion of the bed thinner than the rest of the mattress? I'm trying to figure out how to build our bed frame and it seems like the pull-out part doesn't drop down to the same level as the rest of the bed plywood. That would mean the mattress would have to be thinner...can anyone verify that this is correct and if not can you post pics of the wood construction? Thanks so much!
Top
Post Reply
5 posts • Page 1 of 1